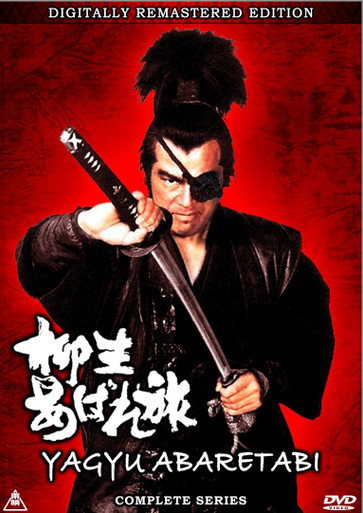 Yagyu Abaretabi is a samurai television series from the JAC (Japan Action Club) which followed the successful Yagyu Conspiracy series with new and exciting stories. Unlike the first series, which was basically set in and around the Shogun's Palace in Edo, Yagyu Abaretabi is the tale of members of the Yagyu Clan and their travels all around the nation seeking to fight injustice and corruption. With outstanding performances by such stalwarts as Sanada Hiroyuki (playing Jubei's half-brother Matahei) and Katsuno Hiroshi as Matajuro, not to mention powerful appearances by Chiba Shinichi (aka Sonny Chiba) himself (as Jubei, the one-eyed swordsman of legendary prowess), this is a series not to be missed. There are plenty of surprises along the way, as this highly entertaining series is guaranteed to bring joy to those who watch it.