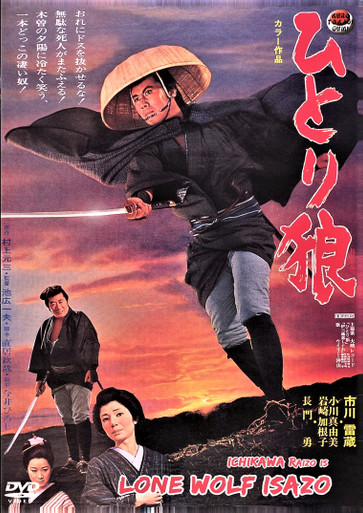 and NAGATO Isamu as Magoshichi

"Lone Wolf" Isazo is a traveling gambler and living legend in the world of samurai era yakuza. He is famous for his swordsmanship and bravery, his impeccable manners, and his brilliant talent for gambling. One late fall at an inn in Kiso Fukushima Isazo befriends a young boy whose mother turns out to be his former lover Yoshino, with whom he was not able to marry due to the class differences between them.