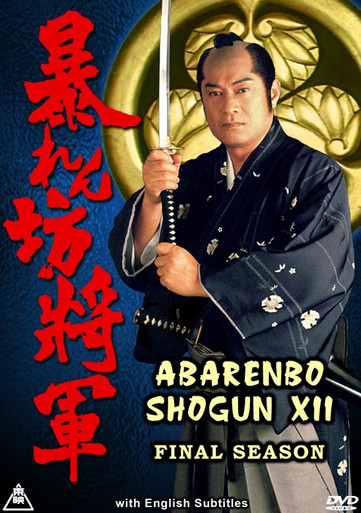 As all good things must come to an end, the longest running and most popular Japanese samurai television series Abarenbo Shogun wraps up in the twelfth season with some of the most exciting episodes ever filmed.  Based on the adventures of legendary Shogun Tokugawa Yoshimune, who was known as the kindest most benevolent of all those who held the post, Yoshimune travels throughout the nation seeking out and destroying the corruption and injustice that he finds in each episode.  Brilliantly portrayed by Matsudaira Ken this is the grand finale to end all grand finales!  Spectacularly successful, not to be missed!