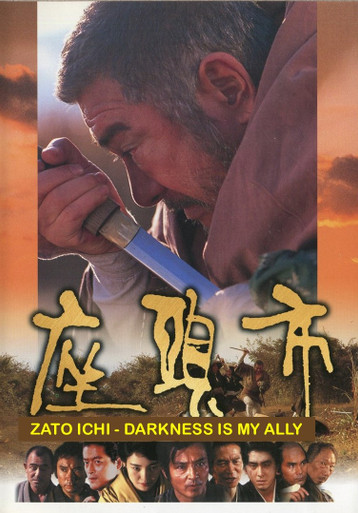 The legend of Zato Ichi comes to life when after a fifteen year hiatus the ‘Blind Swordsman’ returns to the silver screen. Caught up in a gambling den raid, Ichi is befriended first by a member of the group seeking to topple the shogunate and then by a beautiful lady gambler. Upon his release, Ichi finds himself caught between two warring yakuza bosses and a totally corrupt government official who loses his head over a young girl Ichi is friendly with. Bloody fighting from start to finish, as the humble blind man prepares to meet the master swordsman hired to cut him down!