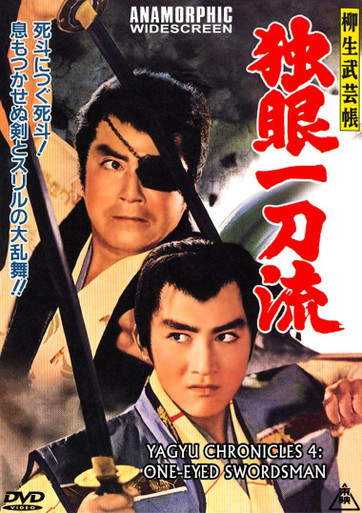 In the fourth film in this exciting series, and the first since losing his left eye, Yagyu Jubei is charged again with the task of protecting the Yagyu Secret Scrolls. The two scrolls are held in separate locations to assure their safety. Within them there is information other than the techniques of the Yagyu Shin-kage style. They contain a secret that could throw the country into turmoil. Clan founder Yagyu Sekishusai had split the scroll into two parts to prevent its contents from being known to the public. This is Jubei's toughest assignment yet as he puts his life on the line to save the nation!