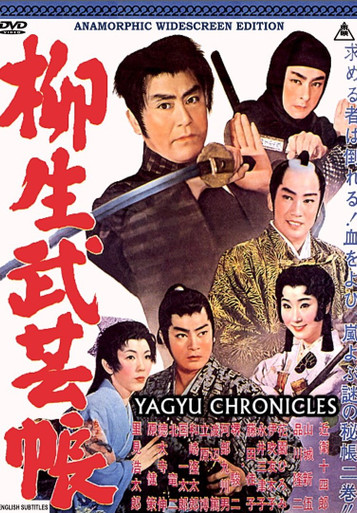 IN STOCK, READY FOR IMMEDIATE SHIPPING !

Two groups are after the legendary Yagyu Secret Scrolls. A princess of a disgraced clan and her loyal servant want it to clear their family's name. And a rival clan wants it to destroy the Yagyu family. Only master swordsman, Yagyu Jubei stands in their way. What is the secret that is hidden away in the scrolls? A Yagyu Bugeicho movie, for the first time ever with English Subtitles! This was the role (Yagyu Jubei) that made Konoe Jushiro a super-star and later on, a legend in Jidai-Geki cinema. A must see movie!