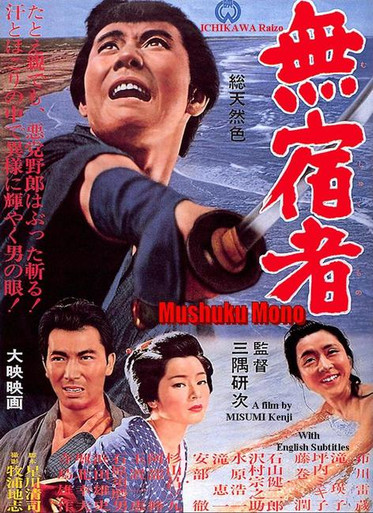 
This is the story of a ‘Drifting Crow’,  which is  slang  for a homeless wanderer, who seeks the murderer of his father, brutally cut down by an armed robber. The killer has eluded the authorities after pulling the job, leaving 5 guards dead on the side of the road.  This collaboration between Raizo as star, and Misumi Kenji as director ranks as one of the most unique films that they did together.  Exciting action right up to the thrilling climax!