VENGEANCE IS SUCH A GREAT BUSINESS 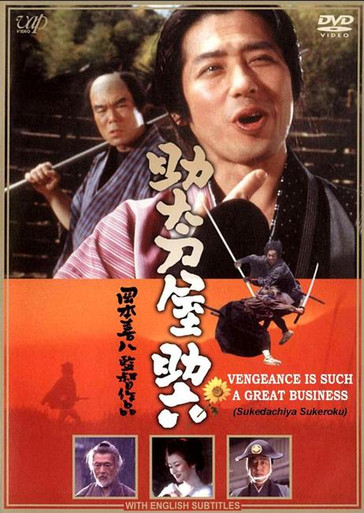 VENGEANCE IS SUCH A GREAT BUSINESS

Master filmmaker Okamoto Kihachi's final work is a blend of action, humor, and romance taken from an old kabuki play with some of samurai cinema's top stars including Sanada Hiroyuki (who stole the show in Tom Cruise's "Last Samurai") and the dean of Japanese filmdom Nakadai Tatsuya.

In a world where vendettas are officially sanctioned, the people sometimes needed help in carrying out their vengeance. Sanada Hiroyuki stars as Sukeroku the Helper, a lowly ronin who has made a business out of helping victims carry out their revenge. When he returns to his hometown to pay a visit to his mother’s grave he meets a deadly ronin who carries a secret which eventually lead him into a vendetta of his own. This is the final film of the great master director Okamoto Kihachi. With terrific performances by Sanada and Nakadai Tatsuya this film brings back the golden era of Japanese cinema!