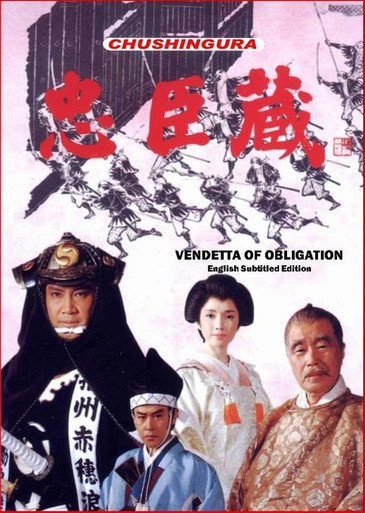 Japan's greatest story is told in a new and exciting way. This is the story ofthe 47 ronin of the Ako clan who rose up to avenge the brutal death oftheir beloved master Asano Takumi-no-kami after his failed attack on thevile Lord Kira led to his being ordered to commit ritual suicide in a gardenon the grounds of the shogun's palace. The story has been told many times,but never like this. Powerful sword fighting highlights the carrying out of theVendetta of Obligation against a snowy backdrop of death!