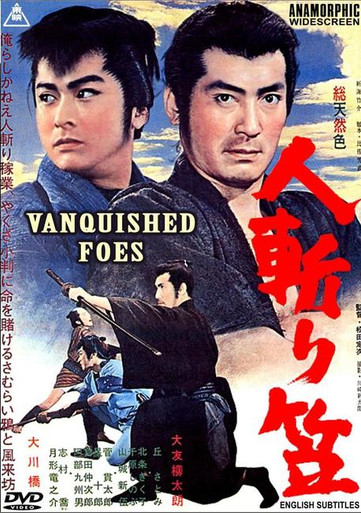 A skilled assassin's services are called upon to put an end to the ugly turf battle between two yakuza families, Mitsuwa and Aikawa. With an all-star cast that not only includes two of Toei's biggest stars Otomo Ryutaro and Okawa Hashizo, but also has a special guest appearance by famed Toho actor Shimura Takashi, this is one of the more serious films from Toei Studio during the golden age of samurai films. Forced by the code of the yakuza to put one's life on the line for a boss who offered a meal and lodging, each side manages to get hold of powerful swordsmen who will stop at nothing to pay their obligations.