UNDER THE BLOSSOMING CHERRY TREES 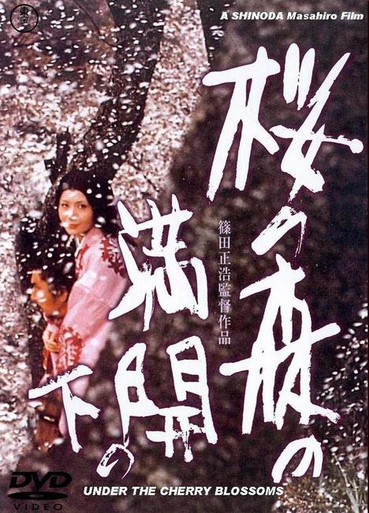 UNDER THE BLOSSOMING CHERRY TREES

(Sakura no Mori no Mankai no Shita)

When a thief played by WAKAYAMA Tomisaburo murders a man and abducts his wife, little does he know what he’s gotten himself into. In a world where the people believe that a person caught under the falling blossoms of a cherry tree will go insane, the true meaning of evil is played out by the most conniving woman in a masterful performance by IWASHITA Shima. One of Japan’s greatest actresses, she is also the wife of director SHINODA Masahiro, and stars in most of his films. This is an absolutely brilliant and powerful film.