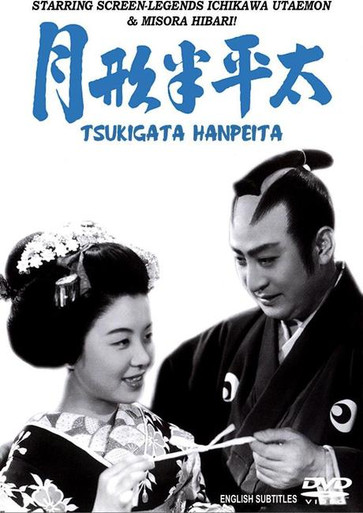 During the ultra-violent era of the downfall of the Tokugawa Shogunate one man rose above the rest with his ideas of how to overthrow the corrupt government and end the bloodshed between the Choshu and Satsuma clans which would ultimately lead to the alliance of these 2 clans and restoral of the emperor to full power. Based on the play that made Sawada Shojiro famous this is the story of Tsukigata Hanpeita, a forward looking samurai from Choshu, who along with Katsura Kogoro and Sakamoto Ryoma of Tosa worked to bring their dream of a new era in Japan.  Co-starring a very young Misora Hibari as an aspiring geisha, this film has some of the best sword fighting in Ichikawa Utaemon’s brilliant career. Can he survive against all odds and bring a new dawn to Japan? A major classic from the early 1950’s, this film shows the true samurai spirit!