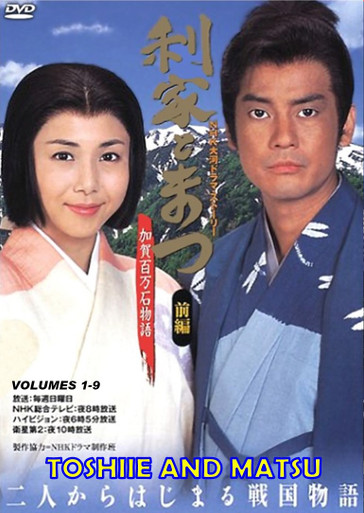 ALL 50 EPISODES HAVE ENGLISH SUBTITLES

During the turbulent Warring States Era, one man's life and career intertwined with the three great warlords of Japanese history--Nobunaga, Hideyoshi, and Ieyasu. With political savvy and the support of his fiercely loyal wife, Maeda Toshiie rose to second in power in the shogunate and built up a fiefdom that encompassed Echizen, Noto and Kaga.