THE RISE OF TOKUGAWA IEYASU 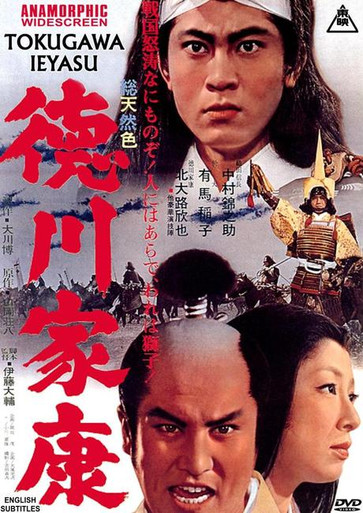 THE RISE OF TOKUGAWA IEYASU

Tokugawa Ieyasu (January 31, 1543 – June 1, 1616) was the founder and first shogun of the Tokugawa shogunate of Japan which ruled from the Battle of Sekigahara in 1600 until the Meiji Restoration in 1868. Ieyasu seized power in 1600, received appointment as shogun in 1603, abdicated from office in 1605, but remained in power until his death in 1616. This is the story about the famous Lord Tokugawa Ieyasu, his friendship with Oda Nobunaga and his military prowess. This is a must see warlord samurai drama!

From one of the most important forces in Japanese filmmaking, Ito Daisuke, comes the biography of the greatest Warlord in Japan’s history.  Tokugawa Ieyasu was a brilliant general who rose through a combination of good luck and better strategies than his mentors and enemies.  Having served under the powerful leaders who preceded him, Oda Nobunaga and Toyotomi Hideyoshi, his ambition knew no bounds.  How he was able to defeat the forces of the Western Army and seize control of Japan is a story which must be told properly. While Ieyasu’s rise was the basis for James Clavell’s “Shogun” which fictionalized his story using the false name Toranaga, before this film, little was known of Ieyasu before now.