The Newest From Ichiban_SANADA 10 BRAVES 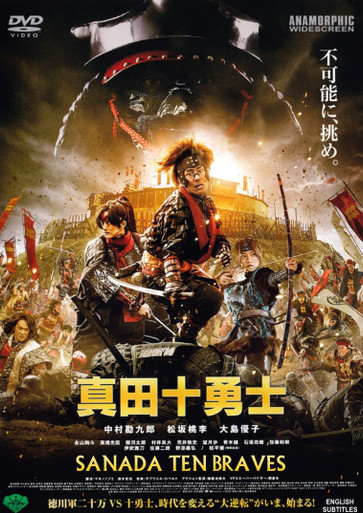 The Newest From Ichiban_SANADA 10 BRAVES

Tokugawa Ieyasu’s total domination of Japan meets one obstacle. The heirs of Hideyoshi, the Toyotomi clan, still hold Osaka Castle. They are gathering the greatest warriors in the nation to halt Tokugawa’s march to victory. Then, by chance the world-weary lord of the Sanada clan meets Sarutobi Sasuke, mischievous ninja-turned thief. Inspired, Sasuke hatches a mad scheme. With the help of legendary ninja “Mist” Saizo, and a dozen bottles of saké, a team is assembled: Sanada’s Ten Braves, masters of the martial arts. This band of heroes will rip through Ieyasu’s forces like a meteor, inspire the defenders of Osaka Castle, and turn the tide of the battle in favor of the Toyotomi.
But Ieyasu will bring a huge army and the valiant rebels will pay a terrible, bloody price for their headlong rush into the slaughter. After the clash of ten thousand swords, the sting of betrayals, the hails of arrows, and the volleys of gunfire will there be anyone left to tell the story of Sanada’s Ten Braves? Loosely based on the novel "Sanada Sandaiki" which was written in the middle of the Edo period, Japan’s latest samurai spectacle is a wild and unpredictable thrill ride!