The Newest From Ichiban_HONNO-JI IN FLAMES 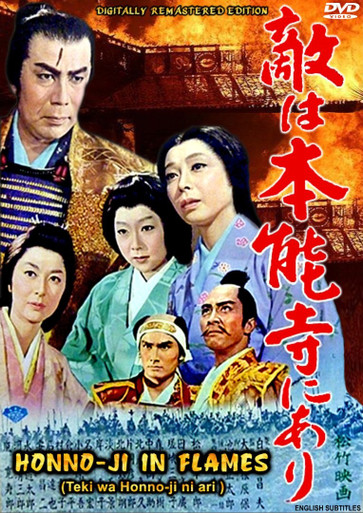 The Newest From Ichiban_HONNO-JI IN FLAMES

In the waning years of the 16th Century in Japan, when warlords fought bitterly to rule an emerging nation, Oda Nobunaga was the most violent and ruthless of all. Rising from the Owari domain, he soon held nearly all of Japan in his brutal, bloody grip. Breaking and subjugating the clans of Asakura, Saito, and Takeda, drinking saké from the skulls of his enemies, Oda and his armies tore a bloody page in history. But Oda was a terror even to his allies, his generals, and advisors. He pitted his two generals, Hashiba Hideyoshi and Akechi Mitsuhide in an endless competition for his favor, deriding and humiliating them at the slightest provocation.  Hideyoshi, sensing Oda’s fear of betrayal within his army, contrived to fan the flames of Oda’s paranoia and manipulate the lord into challenging and humiliating Mitsuhide repeatedly. But Mitsuhide could take no more abuse at Oda’s hands and the conflict between Mitsuhide, Oda, and Hideyoshi could only end in a conflagration, a tempest of fire and bloodshed.