THE NEWEST FROM ICHIBAN: YAGYU CHRONICLES 2 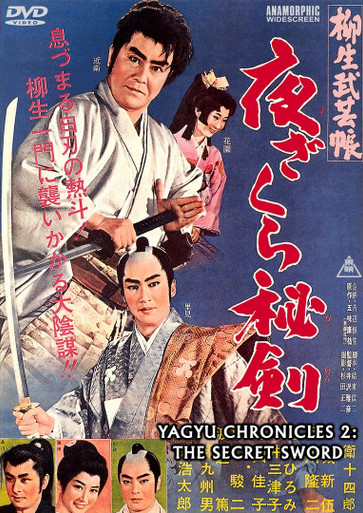 THE NEWEST FROM ICHIBAN: YAGYU CHRONICLES 2

This is the second film in the popular black and white series about the master swordsman, Yagyu Jubei. When the Yagyu clan falls victim to rival Kasumi spies, Yagyu Jubei is called to action to protect them. But in performing his duty, he becomes the target of those who wish to destroy his clan. Superstar Konoe Jushiro indelibly established the character of Yagyu Jubei Mitsuyoshi into the minds of the Japanese people in this exciting movie series!