THE NEWEST FROM ICHIBAN: TOKUGAWA IEYASU: THE CONQUEROR OF JAPAN 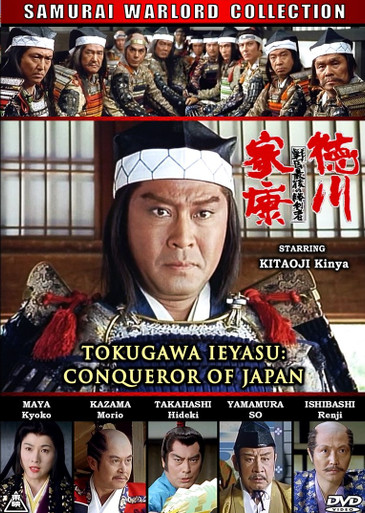 THE NEWEST FROM ICHIBAN: TOKUGAWA IEYASU: THE CONQUEROR OF JAPAN

TOKUGAWA IEYASU: THE CONQUEROR OF JAPAN

The life story of Japan’s greatest leader, Tokugawa Ieyasu, whose shogunate ruled the nation for almost 300 years has never been told like this before. From the early days as a supporter of Imagawa Yoshimoto, then on to his days with Oda Nobunaga, leading to his wars against and ultimate victory over the Toyotomi to become shogun is a fascinating tale of his military genius coupled with a native intelligence that allowed him to become the last of the great warlords and ultimately the leader of the nation. With great performances from an all-star cast featuring names like Kitaoji Kinya and Takahashi Hideki this is history come to life on the screen.