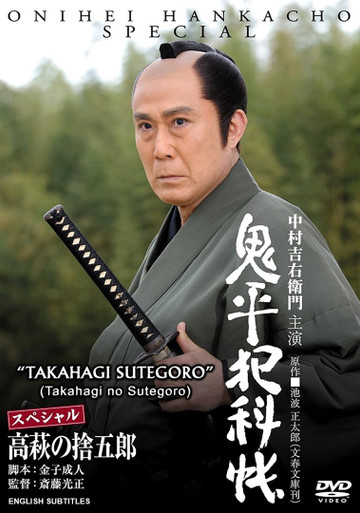 The Onihei Hankacho series is based on a famous novel by Ikenami Shotaro. Fearing his slashing sword and relentless ursuit, hardened criminals call Hasegawa Heizo of Edo’s Burglary Squad. "Onihei" (Heizo the Demon).

Takahagi Sutegoro is highly skilled at casing locations for thieves so that he can sell detailed floor plans to them. He suffers an injury to his leg while trying to help a parent and a child being threatened by samurai. Heizo jumps in and chases the samurai away. Feeling indebted to Heizo, Sutegoro decides to become his spy. Now, together they will try to stop scheming Myogi Danemon’s gang of merciless thieves...