THE NEWEST FROM ICHIBAN: MIFUNE TOSHIRO - SECRET OF THE FORBIDDEN VALLEY 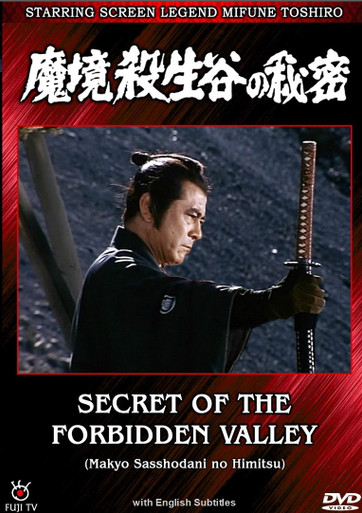 THE NEWEST FROM ICHIBAN: MIFUNE TOSHIRO - SECRET OF THE FORBIDDEN VALLEY

Reprising his most famous role, Japan's greatest star Mifune Toshiro must face the corrupt officials of a small town and their hired swords. Having to repay a debt to someone who had helped him out once, the ronin runs afoul of a violent bandit and his bloodthirsty gang as they cruelly attack him over and over again. With his life on the line, the ronin must rely on his masterful swordsmanship as he puts his life on the line, risking all to save the honor of a falsely accused man, a beautiful, but deceitful woman, and a fortune in stolen gold that had been hidden by a robber who had succumbed to gold fever. Exciting to the very end, thisstar turn by Mifune clearly shows why he was such a huge star.