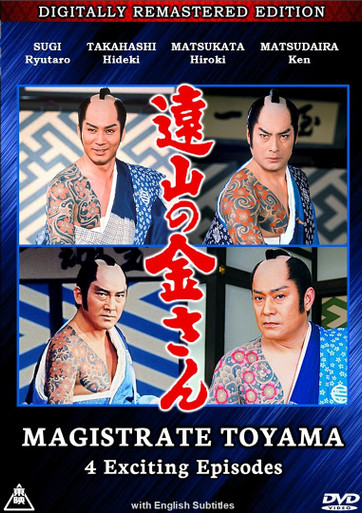 Based on the real-life historical character North Edo Magistrate Toyama Kagemoto, Toyama no Kinsan plays a double role to fight criminals and corrupt officials. Portrayed here in four episodes by four of Japan’s most famous jidaigeki superstar actors: Sugi Ryotaro, Takahashi Hideki, Matsukata Hiroki and Matsudaira Ken, each tells a tale of heroism and honor as Kinsan goes undercover to root out injustice. Famous for his cherry blossom tattooed shoulder which he bares to his foes as they draw swords and get ready to fight. When they are finally brought before the magistrate to plead their case, in his full authority as Magistrate