THE NEWEST FROM ICHIBAN: CHACHA (LADY YODO): QUEEN OF THE WORLD 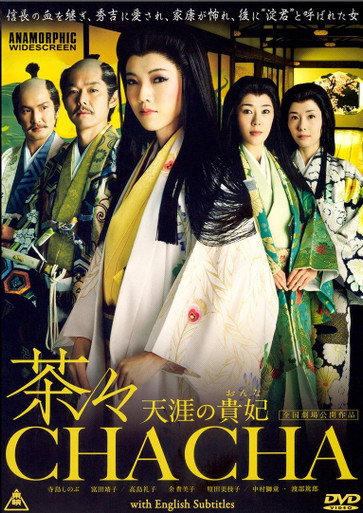 THE NEWEST FROM ICHIBAN: CHACHA (LADY YODO): QUEEN OF THE WORLD

Oda Nobunaga called her the “Future Queen of the world”. Lady Yodo, called Chacha, became concubine to Toyotomi Hideyoshi during his desperate battles to unify Japan. Bearing his son and heir Hideyori, she used her growing power to protect her sisters, Hatsu and Ogo. She pushed Ogo to marry Hidetada, heir to Tokugawa Ieyasu in a vain effort to unify the Toyotomi and Tokugawa clans. But Chacha never reckoned with the savage ambition of Tokugawa Ieyasu, who broke the Toyotomi at the battle of Sekigahara, then marched 200,000 samurai to Osaka Castle, to brutally exterminate the loyal warriors of Toyotomi clan. Her last hope now rests with heroic samurai Sanada Yukimura. His reckless plan, save the Toyotomi by taking Tokugawa Ieyasu’s head. Soon, Chacha and Ogo, matriarchs of the Tokugawa and Toyotomi will meet again over the field of countless dead, and only one will survive the last bloody conflagration as Osaka Castle falls.