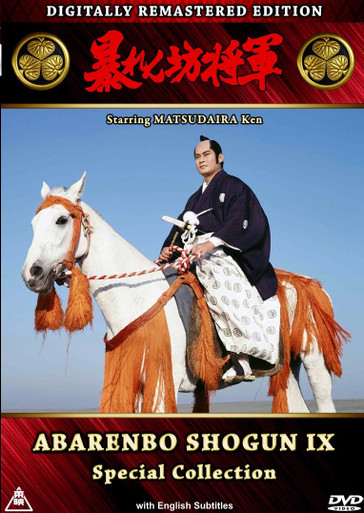 The most beloved and one of the longest running samurai television series in Japanese history has finally been digitally remastered for DVD. Abarenbo Shogun tells the story of Tokugawa Yoshimune, the eighth shogun who according to legend would travel incognito throughout the nation rooting out injustice while masquerading as an itinerant ronin with superb sword skills. Each exciting episode stands on its own, and ends with spectacular swordplay, albeit Yoshimune only uses the blunt side of his katana, as he refused to soil his blade with the blood of criminals. Aided by Edo Magistrate O’oka Tadashi, the bold shogun’s adventures are not to be missed! This volume includes two remastered episodes from Abarenbo Shogun 9 series:

Episode #18:
"THE MIRROR REFLECTION OF MOTHER AND SON"

"PANIC OF A METEOR IMPACT"