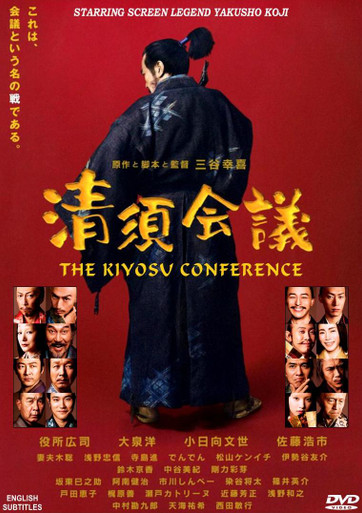 Mitani Koki’s latest undertaking is an historical epic. Just before the unification of Japan, Oda Nobunaga was betrayed by one of his generals and died at Honno-ji Temple as a result of an ambush. Following Oda’s death, Japan held the Kiyosu Conference, the conference which changed the course of history, in order to resolve the Oda clan’s succession of leadership. “This film is not a comedy, it is a human comedy,” explains the director. In his new venture Mitani portrays the people’s desperate lives during these times in a comedic, yet endearingly human way. Be prepared to be entertained by an historical epic filled with laughter, surprises, and drama!