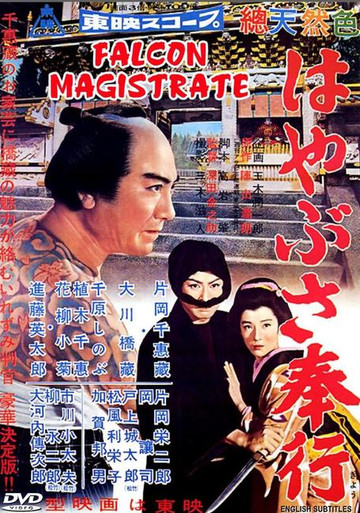 This is the first film in the long running series based on the real-life exploits of Edo’s North Magistrate, Toyama Kagemoto, who as a youth led a life of dissipation. While many in power do not take him seriously, Kin-san proves his worth by solving a mystery and rooting out corrupt government officials involved in a plot to assassinate the shogun. He’s most famous for the ”Blizzard of Cherry Blossoms” tattoo which he displayed by baring his right shoulder when confronting criminals. Later in court, he calls the tattoo to the attention of those denying their involvement by again baring his shoulder before sentence is passed. While not all the stories are true, Magistrate Toyama did make a major impact on the policies of the Tokugawa Shogunate during the early part of the 19th Century.