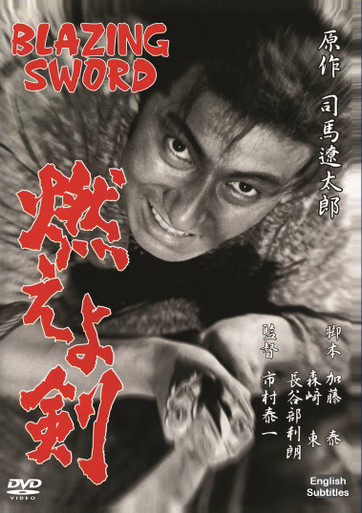 Based on the Shiba Ryotaro story, this film dramatizes the life and times of
Hijikata Toshizo, as he joins the Shinsengumi patrol group which helped support
the Tokugawa Shogunate towards the end of the samurai era. Following in the
tradition of his other historical writings, this is one of the more accurate
representations of that group, and above all, the tremendous swordsman that
Hijikata was. Along with Okita Soji, the captain of the first group, who was afflicted
with 'Consumption' (Tuberculosis), this young ronin who had come to the capital
along with his master from at the sword academy, Kondo Isami (who later went
on to become the leader) and climaxes in the grand battle at Ikedaya Inn where
the group saved the emperor from being abducted and the city of Kyoto reduced
to flames. A very important motion picture, with realistic depictions of swords-
manship that ranks with the best!