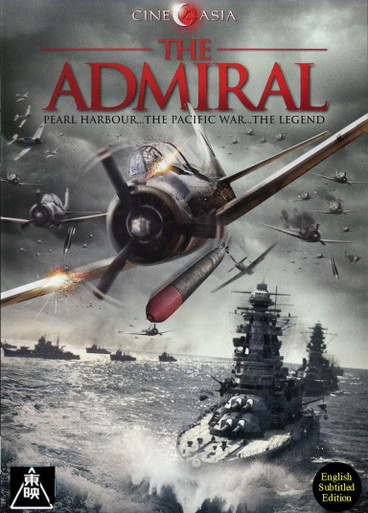 THE ADMIRAL - UNTOLD STORY OF THE PACIFIC WAR

and HARADA Mieko as YAMAMOTO Reiko

SPECIAL SALE WITH FREE SHIPPING IN THE US ONLY!

On December 7th, 1941, “a date which will live in infamy,” 353 Japanese warplanes launched a brutal surprise attack on the United States naval base at Pearl Harbor, Hawaii. Nearly 2,500 U.S. servicemen lost their lives on that fateful morning, and a scandalized nation gave their full support for America’s historic entry into the Second World War.

Admiral Yamamoto Isoroku, the brilliant commander in chief of Japan’s Combined Fleet, was the mastermind behind the attack. Marked for death by radical Japanese nationalists for his outspoken opposition to any attack on the United States, what dramatic turn of events could have possibly compelled him to orchestrate the infamous early morning raid?

Produced for the 70th anniversary of the attack on Pearl Harbor, this powerful, acclaimed and action-packed motion picture event will both thrill and surprise you. Now, discover the amazing truth behind one of the most pivotal events of WWII…