TALES OF THE UNDERWORLD 2: THE LAST GUNFIGHT 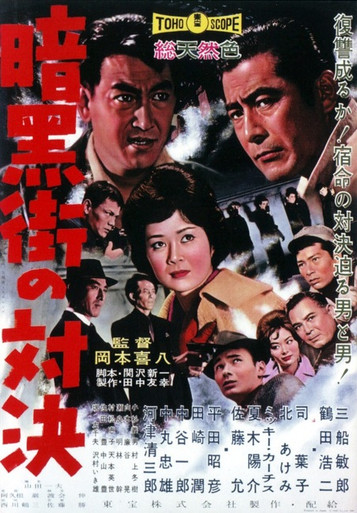 TALES OF THE UNDERWORLD 2: THE LAST GUNFIGHT

From the novel "Chi no Wana" by: OYABU Haruhiko

Japanese police detective FUJIOKA Saburo (Mifune Toshiro) is suspected of corruption, demoted, and sent to the city of Kojin. Kojin is the scene of fierce fighting between rival gangs. Fujioka is assigned to investigate the death of the wife of gangster MARUYAMA Tetsuo of the Kozuka gang, probably at the hands of one of the Oka gang. During a gang gunfight, Maruyama (Tsuruta Koji) is rescued by Detective Fujioka and the two become friends. But Maruyama insists on avenging his wife's murder, even if it means conflict with his new friend.  Corruption runs rampant in the Kojin Police Department, threatening the very life of wayward detective Fujioka as he seeks to profit from the rival gangs on the verge of all-out war.