TALES OF THE UNDERWORLD 1: THE BIG BOSS 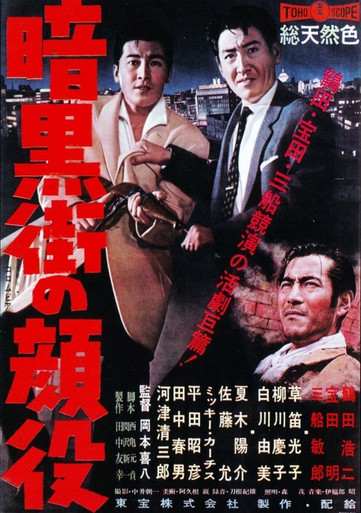 TALES OF THE UNDERWORLD 1: THE BIG BOSS

Brutality, corruption, and a touch of humor highlight one of the earliest efforts from master filmmaker Okamoto Kihachi. The Komatsu brothers Ryuta and Mineo are both yakuza (gangsters). Mineo, although complicit in crime, even murder, wants out of the gangster life, hoping to become a successful singer instead. Ryuta loves his brother, but Mineo's possible defection presents problems for the gang, and Ryuta realizes he must kill his brother if he wants to survive.  Tsuruta Koji gets top billing in this exciting tale, with a strong supporting performance by Mifune Toshiro as an unwilling accessory to murder.