TALES OF THE NINJA #7 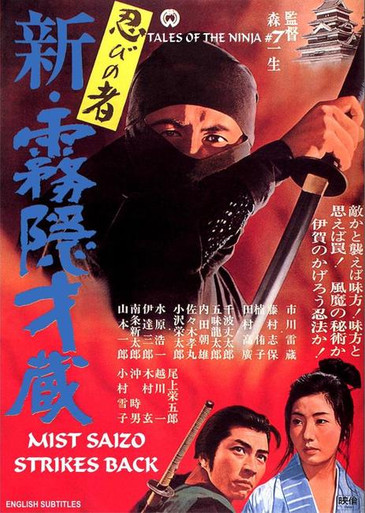 TALES OF THE NINJA #7

SAIZO OF THE MIST STRIKES BACK!
(Shinobi no Mono: Shin Kirigakure Saizo)

The full story of Saizo of the Mist is told including his final showdown with his arch-enemy, Tokugawa Ieyasu, the greatest warlord in Japan!  An exciting conclusion to the tale of Saizo and his quest for revenge!

Saizo of the Mist returns for the final time as he sets out to assassinate Tokugawa Ieyasu in order to avenge the death of Lord Sanada Yukimura. But first he must contend with Ieyasu’s own ninja group led by the powerful Fuma Daijuro, who has a score to settle with the men of Iga that dates back 280 years to the war between the Genji and the Heike at the Battle of Dan-no-Ura.  Tremendous fighting and great plot twists highlight this exceptional look into the lives of the mysterious ninja of Japan.