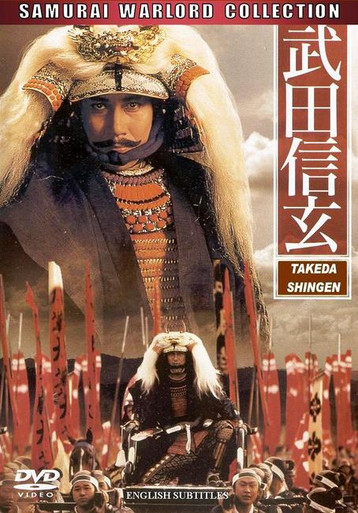 Also includes a bonus feature: The Making Of Takeda Shingen

During the 16th Century Japan was involved in the Sengoku Period, an era of Civil Wars and the powerful Warlords who fought them. One of the earliest and strongest of these men was the Great Lord TAKEDA Shingen. A tremendous military genius, his battles are the stuff of legend. With tremendous performances by YAKUSHO Koji as Shingen and CHIBA Shinichi as his father, this is a story not to be missed! One of the best made for TV biographies of this or any era. "Steady as a mountain, attack like fire, still as a wood, swift as the wind. In heaven and earth I alone am to be revered."  (TAKEDA Shingen 1521-1573)