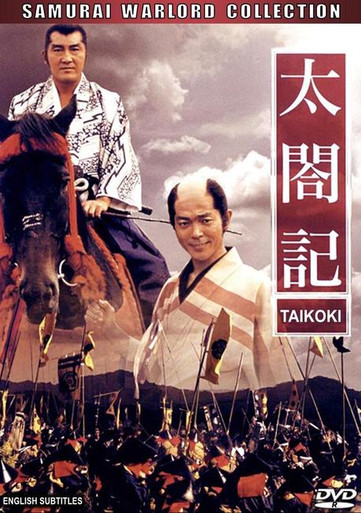 TAIKOKI - THE STORY OF HIDEYOSHI

One of Japan’s great film directors, Okamoto Kihachi has brought his magic touch to television in one of the greatest stories of rags to riches in Japanese history. Rising from the lowliest of country samurai to the heights of power as ‘Taiko’, Toyotomi Hideyoshi is one of the pivotal figures of the ‘Sengoku Era’ (Era of Warring Clans). With equal mixtures of humor and powerful battles, this highly entertaining 2 part historical drama is not to be missed. Starring the charismatic Shibata Kyohei as ‘Saru’ (Monkey) the funny-looking, but incredibly talented youth who would rise like an eagle to the seat of power, and supplemented with an outstanding supporting cast including Matsukata Hiroki as Oda Nobunaga (the first great Warlord of Japan) and Chiba Shinichi (Sonny Chiba) as the treacherous Akechi Mitsuhide. With battles staged by the world famous Japan Action Club (JAC) this is a unique look at one of the most famous figures in Japanesehistory.