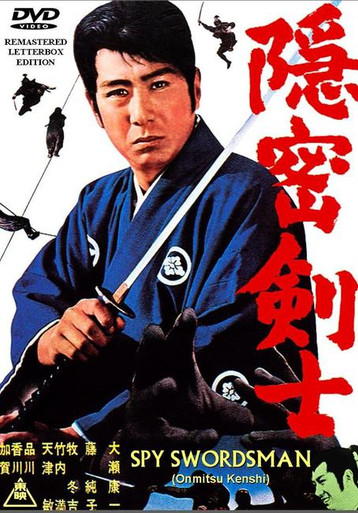 SPY SWORDSMAN – aka – THE DETECTIVE FENCER

"SHINTARO, THE SAMURAI" IN HIS FIRST FULL LENGTH MOVIE!

BASED ON THE TV SERIES "THE SAMURAI" STARRING OSE KOICHI!

One of the best ninja versus samurai films of all time features the great Ose Koichi as "Shintaro, the Samurai" getting involved in the intrigue between the Iga and Koga ninja. While helping a wounded agent of the Iga, Shintaro is attacked by Koga agents who think he received an item that they had already killed in an effort to obtain. While he did not receive any item, the dying Iga ninja had whispered a cryptic phrase to him; something that would lead him into the middle of an attempt to overthrow the Shogunate and threaten his very life. Can Shintaro's expert swordsmanship defeat the deadly skills of the Koga ninja, a group of heartless assassins like no other?