SOULS IN THE MOONLIGHT Part 02 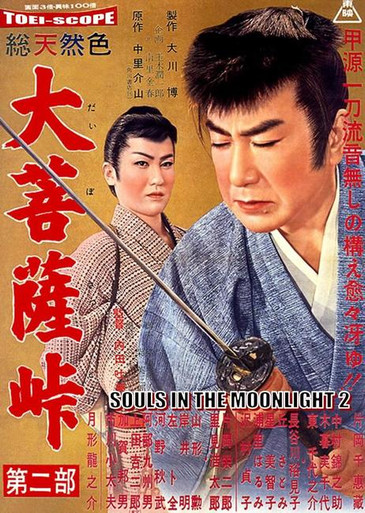 SOULS IN THE MOONLIGHT Part 02

Directed by: UCHIDA Tomu
This is the second installment of the trilogy based on Japan's greatest novel "The Great Bodhisattva Pass", following the life and times of bloodthirsty samurai, Tsukue Ryunosuke. Blinded in an explosion and further injured from a fall, the master swordsman is taken in by Otoyo, a woman who falls in love with him. Under Otoyo's dedicated care, Ryunosuke's physical and emotional wounds seem to heal.However, deep inside, the demons that drive him to kill yearn to resurface. Meanwhile he is being pursued by Utsugi Hyoma, a young samurai seeking to avenge his brother's death at Tsukue's hands. Hyoma is being aided along the way by the clever thief Shichibei.