SNOW ON THE BLADES 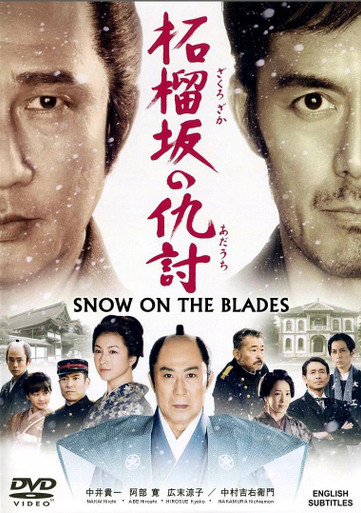 SNOW ON THE BLADES

SNOW ON THE BLADES
(Zakuro zaka no Adauchi)

Original Story by: ASADA Jiro ("When The Last Sword Is Drawn")

From the pen of novelist Asada Jiro (author of “When The Last Sword Is Drawn”) comes this brilliant tale of revenge and redemption. Set in the early years of the Meiji era with flashbacks to 1860’s assassination of Japan’s Prime Minister Ii Naosuke. The movie follows the efforts of Shimura Kingo, a bodyguard who had failed in his duty to protect his lord and now seeks the head of the last surviving assassin. As Japan is changing with the times the film eloquently depicts the clash of traditionalism against modernism while the nation moves forward to join the international community. Nevertheless, there are some superb sword fight scenes that culminate on the day that the Meiji government has outlawed revenge. This is a wonderfully crafted and sculpted masterpiece of cinema that was the big hit of 2015’s international film festivals.