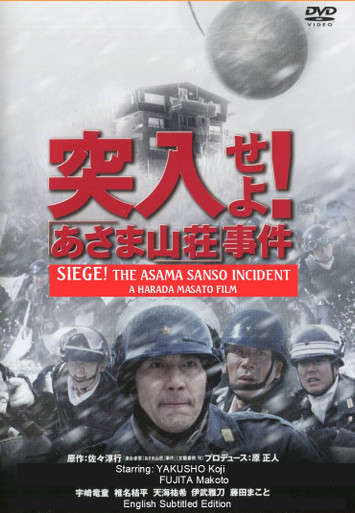 SIEGE! THE ASAMA SANSO INCIDENT (aka THE CHOICE OF HERCULES)

FROM THE INCIDENT THAT CAPTIVATED THE ENTIRE NATION OF JAPAN

Based on the infamous 1972 United Red Army takeover of a mountain lodge this movie brings to the silver screen all the tension and violence of this terrible event. Penned by Sassa Atsuyuki, the actual police officer who led the response it is both an indictment of poor planning by the authorities as well as being timely in this current era of heightened global terrorism. It all unfolds as five of the radicals escape from a police raid and find their way into a mountain village where they storm into a lodge and take the wife of the lodge-keeper as hostage. The isolated lodge serves as an almost perfect fortress leading to a standoff that was broadcast live on NHK with ratings approaching 90%. This incident gripped the nation of Japan until its bloody conclusion! Winner of many Japanese Academy nominations including Best Actor (Yakusho Koji), Best Director (Harada Masato) and Best Picture this is movie making at its best!