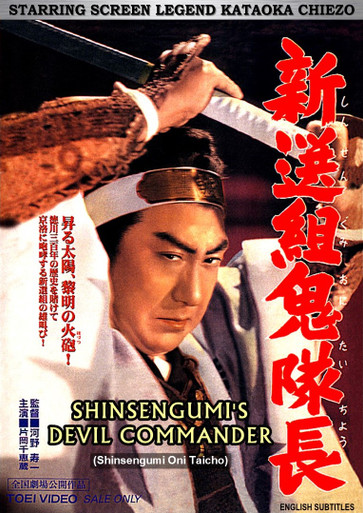 Kondo Isami, the “Devil” commander of the Shinsengumi was one of Japan’s greatest national heroes and a peerless swordsman who devoted his life to protecting the shogun and fighting on the side of the Tokugawa.
This classic black and white epic tells the story of the Shinsengumi starting at the moment of their greatest triumph through the final battles as the Tokugawa shogunate was brought down. Along with Kataoka Chiezo as Kondo Isami, some of Toei’s biggest stars join in, like a very young Nakamura Kinnosuke and the ever popular Azuma Chiyonosuke. A true classic, not to be missed!