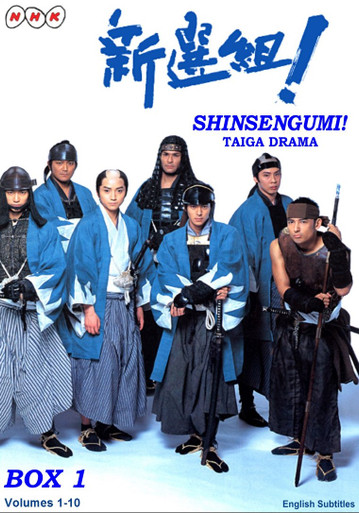 
The 43rd NHK Taiga Drama is Shinsengumi!. The arrival of Commodore Perry's "Black Ships" rudely awakened Japan from 300 years of peaceful isolation from the world. Men set their eyes beyond Japan and began to demand change in society. Old clashed with the new, and thus began an age of turmoil. Amidst this confusion, one group remained true to the old ways and risked their lives to preserve the traditional shogunate system. Led by their charismatic captain, Kondo Isami, the Shinsengumi upheld the code of honor of the samurai. Tales abound of the feats of men like Kondo, Hijikata Toshizo, Saito Hajime, and Okita Soji. This NHK taiga drama brings to life the passion and glory of these men who lived during the most turbulent time in Japanese history. Full of pathos, action-packed, this is a series not to be missed by chambara fans. !