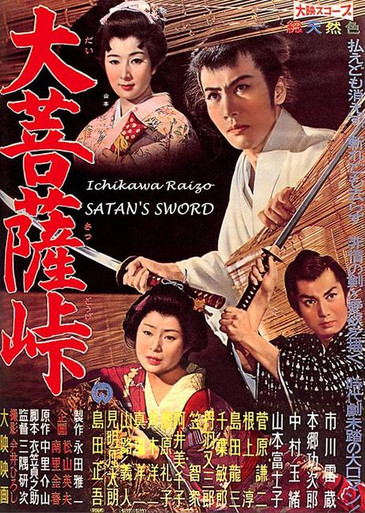 Part 1 of the Satan's Sword Trilogy with an all-new translation available for the first time in a remastered widescreen format!
Includes subtitled trailer and special report!

Based on the novel “The Great Buddha Pass” (the source for Sword of Doom), this version of the classic story sticks much closer to the original novel as written by Nakazato Kaizan. It is the story of a cold-blooded killer, Tsuke Ryunosuke, and the violent path he cut across Japan during the 1860’s. Set against a backdrop of the political upheaval of the time, this film features one of the great swordfighting scenes in the history of samurai films as Shimada Shogo, one of the greatest stars of Japanese stage takes on a team of trained assassins in the role of Shimada Toranosuke, the finest swordsman in the nation!