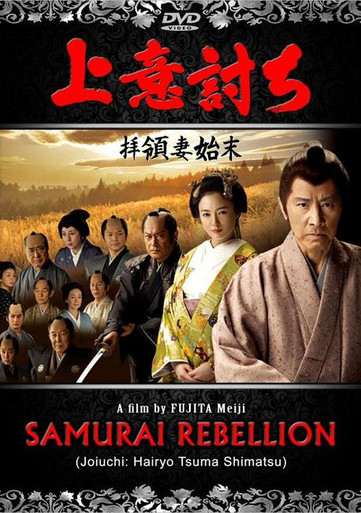 Three of Japan’s top veteran samurai stars shine in this color remake of the classic Kobayashi film, Samurai Rebellion. The roles made famous by Mifune Toshiro and Nakadai Tatsuya are taken over by the ever popular Tamura Masakazu and Matsudaira Ken, with the surprise addition of Lady Snowblood’s Kaji Meiko as the shrewish wife of master swordsman Sasahara Isaburo. Staying true to the original storyline lends authenticity to this new and beautifully executed version. Lord Matsudaira of the Aizu clan has sent his favorite concubine to marry Sasahara’s son Yogoro after she had borne the lord a second son. Bloody violence will erupt when the lord wants her back!