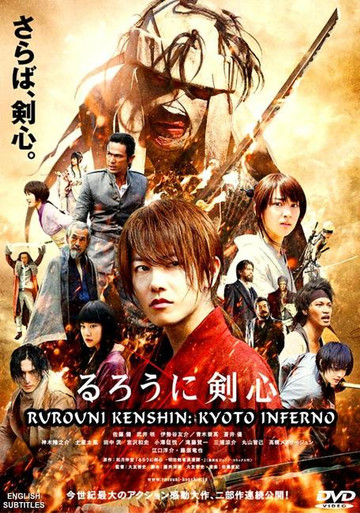 Former assassin Battosai, now living quietly as Himura Kenshin has settled into his new life with Kaoru and his other friends when he is approached with a request from the Meiji government. Shishio Makoto, a former assassin like Kenshin, was betrayed by the army, set on fire, and left for dead. He survived, and is now in Kyoto, plotting with his gathered warriors to overthrow the new government. Home Minister Okubo Toshimichi, one of the founders of modern Japan personally asks for Kenshin’s help as he is the only person capable of defeating Shishio. The forces previously sent by the government have perished and the entire nation is in danger of collapse. Picking up the sword he vowed never to use again, and against Kaoru's wishes, Kenshin reluctantly agrees to go to Kyoto and help keep his country from falling back into civil war.