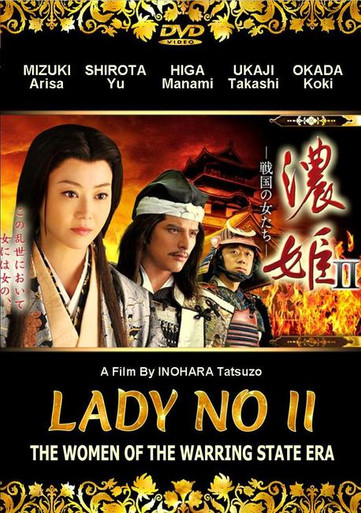 WOMEN OF THE WARRING STATES PERIOD

During the Warring States Period, a tumultuous time, many changes are starting to take place in Japan. As Lord Imagawa Yoshimoto is beginning his march to Kyoto with his mighty army of 25,000, he must first overrun Owari and put an end to the "Fool" Oda Nobunaga. Now that he has married No-hime, she serves as his greatest supporter, the "woman behind the man" in more ways than one. Urging her husband to attack with his meager army of less than 3,000, she concocts a plan that would lead to the amazing victory against all odds, and helps Nobunaga in his efforts to unify the nation. Following their unlikely victory over Imagawa, the Oda clan's forces begin their systematic campaign to crush whomever stands in their way. Into the mix comes No-hime's former suitor, a distant cousin by the name of Akechi Mitsuhide, who has plans of his own that would change the course of Japanese history...