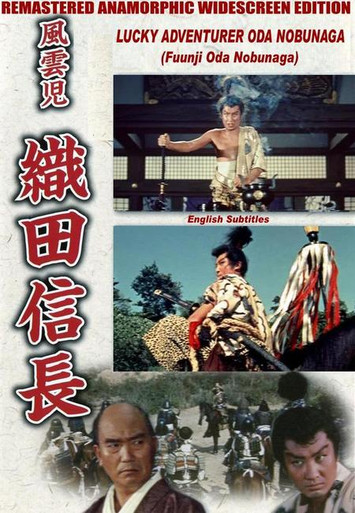 FREE SHIPPING IN THE US!

Oda Nobunaga (1534–1582) was a major daimyo during the Warring State period of Japanese history. He was the second son of Oda Nobuhide, a deputy military governor with land holdings in Owari province. Nobunaga lived a life of continuous military conquest, eventually conquering a third of Japanese daimyo before his death in 1582. Telling the story of his rise to prominence as he leads an army of 4,000 men against the 40,000 troops of Lord Imagawa Yoshimoto to prevent the arrogant daimyo from crushing the Oda clan and taking control of the entire nation.  From a newly restored anamorpic widescreen print, this is the ultimate warlord movie.