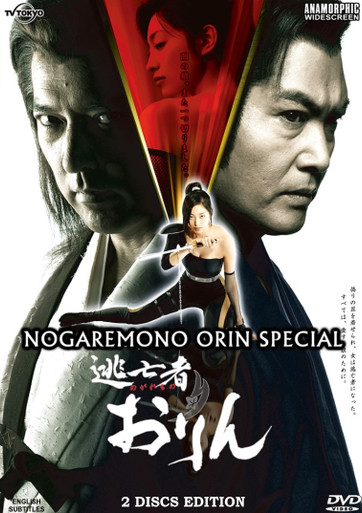 Orin, Japan's strongest female assassin, makes a comeback when a combination of factors puts her young daughter in jeopardy. Following a dubious fire incident at the vault of Edo Castle, a substantial amount of money is reported missing. Upon learning of the news, the shogun's younger brother Kurasawa grows suspicious of the "Tegusari-nin," the group of assassins once led by the late Uemura Doetsu. To fight back against plots by the Tegusari-nin, Kurasawa rounds up a group of soldiers called Beniren in an attempt to eliminate them. In the meantime, Orin has been leading a quiet life. After the death of her former superior Doetsu, she has taken pilgrimage to the countryside. However her peaceful life comes to a sudden halt as she discovers her young daughter Osaki has been taken away from the refuge of Negoro town. To rescue her child, Orin is forced back into the bloodthirsty world, selflessly risking herself to battle against those who mean to hurt her loving child.