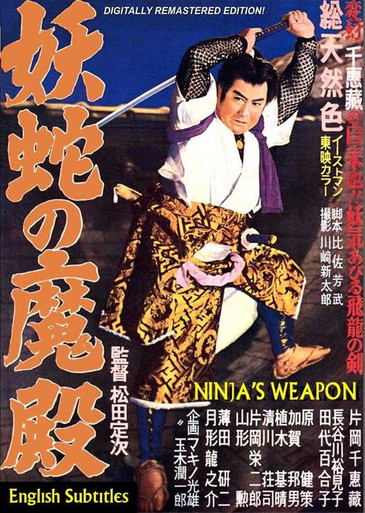 During a time of war, Lord Ogata is betrayed by two of his closest vassals and killed by his enemy, Sarashina Danjo. Ten years later, Lord Ogata's only living heir, now a skilled ninja, uses sorcery to avenge the murders of his parents. Along with spectacular magical ninja tactics this superb, action packed film features great swordplay throughout as some of the Toei all-stars fight their way for justice! This is a powerful tale of revenge, loaded with great action that should not be missed!