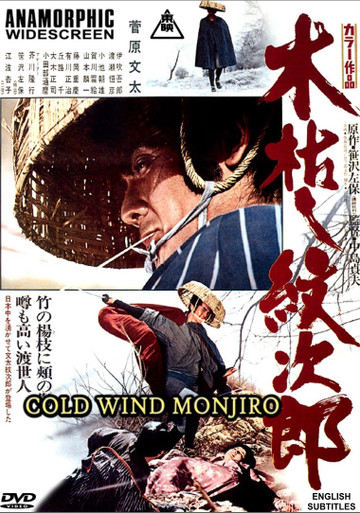 A lone gambler who has neither a boss or henchman, Kogarashi Monjiro follows the code of the Yakuza when he stays at the home of his best friend, a local boss who fought side by side with him against overwhelming forces in the past. Together they plan to see justice done in the case of the brutal murder of a corrupt official, who happens to be the town’s police agent and a member of the local gang. When things don’t go as planned Monjiro must draw his sword against paid assassins as well as the local Yakuza boss who created a living hell.