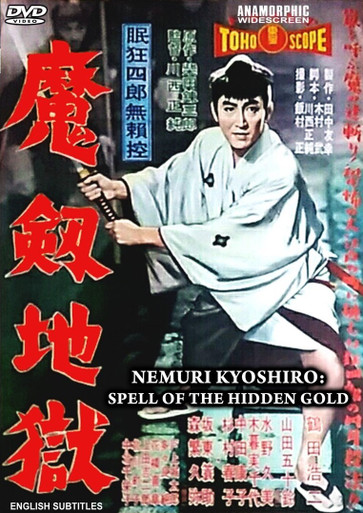 As Nemuri Kyoshiro becomes more well known in Edo, various forces arise in an effort to bring him down! First and foremost, there is a night killer, someone who murders innocent victims under cover of darkness... claiming to be Nemuri Kyoshiro!

Having to avoid the police and unmask the brutal murderer Kyoshiro runs afoul of Sagayama, a high ranking samurai who will stop at nothing in order to gain power and riches. Thrown into the mix is a beautiful princess, who may not be who she appears to be! Is 50,000 ryo a high enough price to change the course of history? Can Kyoshiro’s ”Full Moon Cut” defeat an army of assassins? What will happen when he is forced to fight his shadow self? This is the third, and most exciting adventure in the chronicles of the outlaw Nemuri Kyoshiro! Don’t miss it!