NEMURI KYOSHIRO - JOURNAL OF AN OUTLAW 1 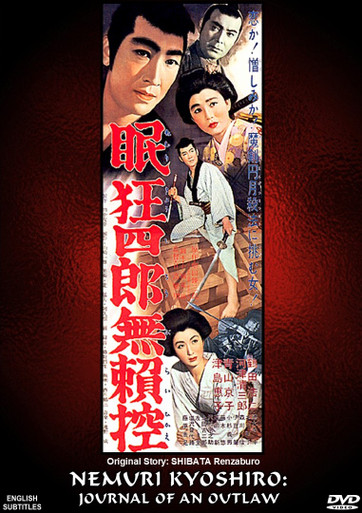 NEMURI KYOSHIRO - JOURNAL OF AN OUTLAW 1

NEMURI KYOSHIRO: JOURNAL OF AN OUTLAW - 1

Based on the first Nemuri Kyoshiro novel by Shibata Renzaburo, Journal of an Outlaw introduces the master of the Full Moon Cut to the silver screen. Megastar Tsuruta Koji takes the lead as the nihilistic swordsman with his own unique set of principles and amorality. While he would not answer to requests for help, he offers his aid to those he feels have been wronged. Set during the reign of Shogun Ienari (1840’s), the 11th Tokugawa shogun this adventure starts out as he enlists the aid of Kinpachi, the pickpocket to take down a treacherous daimyo that is using the foreign poison called the "poppy flower" to take over a neighboring clan. Along the way he rapes a woman that may be the love of his life and has to defend himself after being framed for a brutal murder!