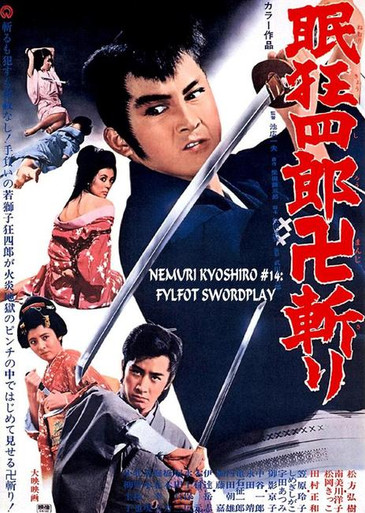 IN STOCK, READY FOR IMMEDIATE SHIPPING!
The epic tales of Nemuri Kyoshiro, the ‘Son of the Black Mass’ come to their ultimate conclusion with Matsukata Hiroki having taken over the role upon the death of Ichikawa Raizo. A chance meeting with another half-Caucasian ronin, leads Kyoshiro into a deadly series of encounters as he tries to save the lad’s life and turn him away from the Satsuma Spy group’s band of vicious assassins. The series ends on a high note as the superior sword skills of Matsukata Hiroki make this one of the most exciting motion pictures to come out of Japan. Entertainment at its finest, this is one of the most violent films of that era. A must-see!