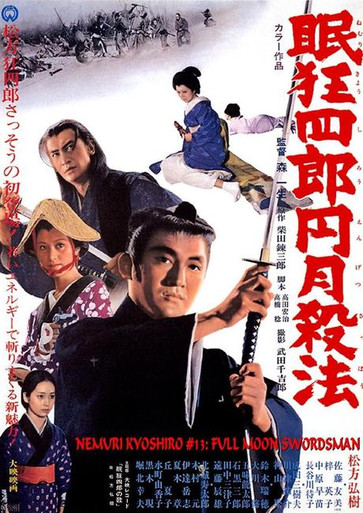 The epic tales of Nemuri Kyoshiro, the ‘Son of the Black Mass’ near their conclusion as a young Matsukata Hiroki takes over the role upon the death of Ichikawa Raizo. Expert swordfighting abounds as the half-breed ronin runs afoul of the twin brother of the Shogun’s heir, who secretly plans to replace his brother and rule the nation. The deep running conspiracy includes some of the most powerful members of the Ruling Council. Meanwhile Kyoshiro must find a way to defeat some of the most skillful fighters he has ever faced. Matsukata Hiroki’s swordsmanship shines as he brings the character to a new level. Brilliant and exciting!